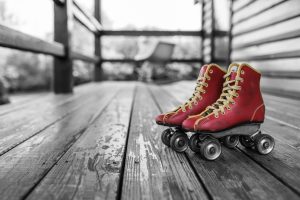 The roller skate is a familiar object, probably conjuring up images in your head of roller disco, school parties at the skating rink, or maybe even drive-in carhops, depending on your age. But while the humble roller skate has looked fairly similar for the last century or so, you might be surprised how much skate technology has changed over the decades!

Check out a brief history of the roller skate below, then come experience the fun of modern roller skating at Skate World Deer Park!

1760: Roller skates crash onto the scene.

The first documented pair of roller skates (or “skaites” as originally spelled) was invented by Joseph Merlin. In an attempt to bring ice skating to dry land, he substituted two in-line wheels for the blade. Unfortunately there wasn’t much more to the design, including a notable absence: brakes. When Merlin attempted to debut his invention at a posh event, he lost control of his skates and crashed into a very large and very expensive mirror. While not an auspicious start, roller skating had nowhere to go but up!

By 1819, another inventor had filed a patent on his version of roller skates. Monsieur Petibledin upgraded skates with a wood sole and up to four rollers on the bottom of the boot arranged in a line from toe to heel. Unfortunately these skates had the same problem as Merlin’s version – there was really no way to steer or brake in them.

One of the most important developments in roller skate history occurred in 1863 when inventor James Plimpton released his newly designed skate – the quad roller skate. Rather than positioning them in a straight line, Plimpton placed the wheels in pairs, one set towards the front and one towards the back. They also included springs, allowing the wearer to skate in a curved path by shifting their body weight, as opposed to previous models which only allowed for straight forward/backward movement.

These days, skates have come a long way! Today’s roller skates are available in a myriad of colors and styles to fit whatever activity they’ll be used for, from roller derby to speed skating to jam skating. You can customize your skates with wheels, toe stops, laces, bearings, plates, and so much more to arrive at your own personal “perfect” skate.

Come see how fun roller skating can be! (Especially when you can steer and brake.) Our Deer Park skating rink is open 5 days a week for public skating sessions! 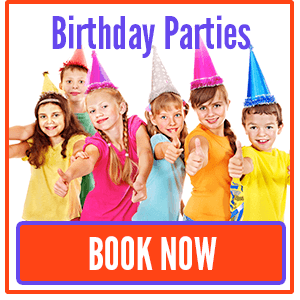